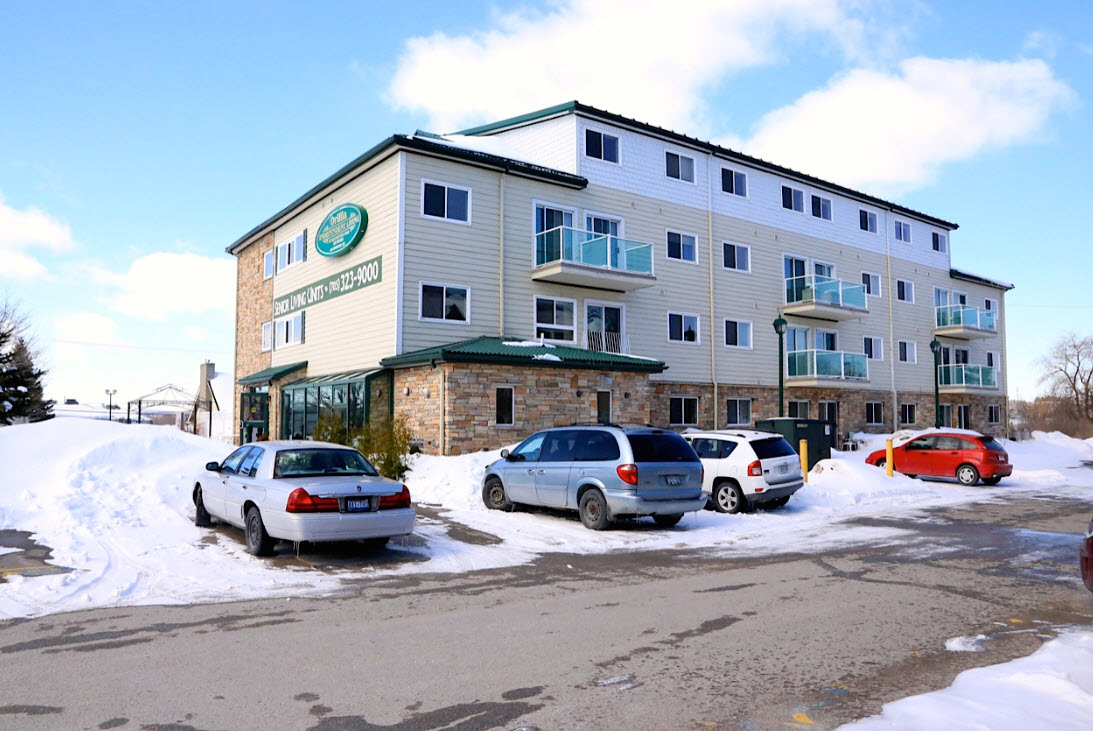 In April, a client (a doctor looking to move his medical practice into an owned asset) referred his investment partner to our founding team member, Stephanie Maye, to handle and negotiate a potential “off market” investment that his partner tripped over. The asset being considered was a 32-Unit, 4 storey, Senior Living facility, which was sandwiched between a restaurant and a completely vacant multi-unit Residential building that was built by the same developer who intended to convert the 2nd building to an Assisted-Living facility. The investment partner, told her that he wanted her client (the doctor) to go in on it with him but had told him that the only way he would consider the investment would be if Stephanie put her eyes on the overall deal, run her analyses, and give her blessing!

Stephanie began with collecting the right collection of data – providing context to the depth of the market, and analyzing discounted cash flow analyses on 5 and 10 year proformas on the building operation. After the deep dive, it became apparent that a conservative Internal Rate of Return of 35% – so Stephanie gave her blessing and the investment partner became a client!

Over the course of the next month, the client returned to the office every week with adjusted figures asking for further analysis as he was circulating this information to his growing pool of investment partners to rally approval on the acquisition of the asset.

The asking price of the property was $5,500,000 but he asked that the initial offer go in at $3,650,000. This was against Stephanie’s better judgement as she was aware of the other side’s context and didn’t want the approach to undermine the Buyer client’s credibility in negotiations going forward. She could tell however that client had to experientially go through loss in order to appreciate her advice. The offer was declined without any signback.

The buyer went away for a few months and in the meantime Stephanie diagnosed the problem was a missing element of trust in this deal so she leveraged her network to partner with another broker who had several assignments with the Receiver Manager who was handling the Sale and knew the lead on the file well. He agreed to being involved and so Stephanie suggested to her client to come back to the table in light of the adjustment in the parties involved.

This time, her client understood the importance of re-submitting with a weightier offer. But more importantly the Buyer wanted to take advantage of an easement that permitted the neighbouring Assisted Living facility access to the subject property’s commercial kitchen. You see, the original developer that had fallen into receivership intended to build a skybridge that connected the 2 buildings, as the intention would be that the commercial kitchen in the subject property would service both buildings. Unbeknownst to the Seller, the buyer was planning on acquiring this neighbouring building next (from a different mortgagee).

After much negotiation and well over 200 emails, the client came to the final purchase price of $4,970,000, representing a going in cap rate of 9%, with a projected terminal cap rate of 7%, and a projected yield of 32% before tax. The acceptance of this price came about after Stephanie completed a structured CCIM Negotiations strategy that thoroughly reviews ALL stakeholders to this deal which revealed that the Buyer’s hesitation in coming up in price was not out of fear of paying too much, but rather in not having access to the down payment funds required for a $4.97M commercial mortgage. Once realized, Stephanie approached the Receiver Manger to have him negotiate a higher Loan-to-Value ratio with the 1st mortgagee who was still waiting for resolution on this deal. At the time, typical commercial financing limit was 65% Loan To Value however, this lender was already holding a $4,300,000 mortgage from the original note. If the Buyer obtained their financing from the 1st mortgagee with then this would truly be a win-win for all interested parties. The buyer’s loan amount would be less than the original and with a Debt Service Coverage Ratio being 1.30 the 1st mortgagee was more than happy to oblige!

One further hurdle that cropped up during the Buyer’s due diligence period was his structural engineer’s report indicated immediate improvements were required to the tune of $160,000. In reviewing the many stakeholders interests in this deal that were mostly addressed, Stephanie went back to the Cashflow worksheet to show the Buyer how those newly discovered expenses impacted the total deal. He could see that he didn’t need to jeopardize the deal by a hard re-negotiation especially knowing the closing date was scheduled only 2 weeks away. For him, what helped him stay the course was the consistent analysis of the 5 year outcome. We were glad to be able to help him see the forest through the trees and so he and his partners proceeded to close! In the end, the Buyer (the investors), the Receiver Manager, the Mortgagees, the operations staff of the facility, and lastly the 3 brokers all WON!!

We are not too proud or greedy to keep a deal all to ourselves. If the dynamics require certain personalities to mesh and communicate well, then get them to the table and let the Client win!

Trust the discernment of your broker working in your favour. You’ve engaged them for their objectivity and insights to help you win.

The win comes when all the stakeholder’s interests get addressed. Our brokers are well trained to drill down and find out the impact on those surrounding a deal because the goal is a Win-Win solutions for stakeholders at large every time.